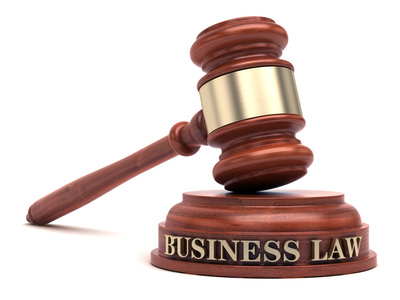 Investment Property France: How to deal with a tenant who is not paying rent in France?

A leaseback scheme is based by definition on a return rental and a mortgage and tax breaks. The French parliament is encouraging the building and offer of holidays homes in France.

The goal isn’t to live in France, but to invest in real estate in France.

The house price is often higher than market value, because it is based on the long term rental return (the rental yields for the home owner).

The buyer would ideally been informed by a French lawyer in the process of french investment and acquiring properties for sale in France.

When buying an investment property in France, you don’t think the tenant could not pay rent. It happens sometimes with rental properties in France (French Alps, riviera, Paris …).

The rental income of this French property funds the payment of your mortgage. You have to move quick and efficient. Only a specialized lawyer in France can provide you with this results on the long term.

Unpaid rent in France ? What should I do ?

There are some unpaid rents insurance. Usually, such insurance are more for housing properties than commercial premises.

Some lessor/landlord ask the lessee/tenant to provide a third-party guarantee (“caution”). It means that X will pay the debt (unpaid rents for instance) of Y.

Under the French law, you cannot have both insurance and a third-party guarantee. The owner has to choose between these two guarantees.

If needed, the next step is an official order delivered by a bailiff.

The “Commandement de payer” is a notice that sets a time limit for your tenant to pay you (two months for a flat lease and one month for a commercial lease). This official order has to be delivered by a bailiff (our firm can hire a bailiff and follow his work).

If not, the landlord lose his right to ask for the conviction of the third-party guarantee.

The “Commandement de payer” is mandatory before filing a case in court.

It states that if the tenant does not pay the arrears of rent within one month (or two months) the landlord can ask for the cancellation of the lease in court.

The CDP gives the landlord leverage and the tenant enough time to repay his debt (unpaid rent and unpaid building/common expenses).

If the tenant doesn’t comply with the demands stated in the CDP, your lawyer will bring a lawsuit against the tenant (payment and/or eviction).

Watch out! If you merely change the lock to avoid legal proceedings, the tenant may sue you. You risk being fined by the court and ordered to allow the tenant to stay (even if the rent is not paid).

In court, you can ask for the debt, as well as the termination of the lease because of the unpaid rent.

A quicker proceedings is open in case of unpaid rent: the judge of Refere:

Article 808 :
In all cases of urgency, the president of the High Court may order in a summary procedure all measures that do not encounter any serious challenge or which the existence of the dispute justifies.

The president may always, even where confronted with a serious challenge, order in a summary procedure such protective measures or measures to restore (the parties) to (their) previous state as required, either to avoid an imminent damage or to abate a manifestly illegal nuisance.
In cases where the existence of the obligation is not seriously challenged, he may award an interim payment to the creditor or order the mandatory performance of the obligation even where it is an obligation to do a particular thing.

Third-party guarantee (“caution”) of the lessee

In case of a third-party guarantee (“caution”) of the lessee, the lessor has to file a case against this party too.

If the landlord doesn’t do it, he loses his right to ask for the conviction of the third-party guarantee.

Quite often, the tenant pays his debt in court during the (oral) pleadings.

The tenant is entitled to ask for a 36 months term of payment (24 months for a commercial lease). The lessee will have to pay each month his rent and a part of the unpaid rent.

If the tenant appears in court the day of the oral pleadings in court, the judge often sets a repayment schedule. If the tenant doesn’t pay on a  timely basis, meaning every month, the lease is terminated without having to refile a claim in court. The landlord is entitled to evict the tenant, with the help of the police and a bailiff.

What about the legal fees ? Who’s paying the lawyer and the bailiff ?

Under the French law the Judge has the freedom to decide based on fairness (meaning he does what he sees fair):

Article 700 du code de procédure civile:
As provided for under I of Article 75 of the Act n° 91-647 of 10 July 1991, in all proceedings, the judge will order the party obliged to pay for legal costs or, in default, the losing party, to pay to the other party the amount which he will fix on the basis of the sums outlayed but not included in the legal costs. The judge will take into consideration the rules of equity and the financial condition of the party ordered to pay. He may, even sua sponte, for reasons based on the same considerations, decide that there is no need for such order.

The owner has some legal expenses. Consequently, the judge can require of the tenant that he refunds all the legal fees. Badly, it is not always the result of the judgment. Too many judges are soft on the operating companies. the operator usually argue that the economy is difficult for tourism. Even if the market is at his highest right now in France !

The judgment for eviction is called “Ordonnance d’expulsion”.

3°) Eviction process (Bailiff and the Police)

Then, the bailiff and the police will forcibly remove the tenant from your property.

According to the French law, no eviction can be enforced between November 1st and March 15th (not applicable to a commercial lease).