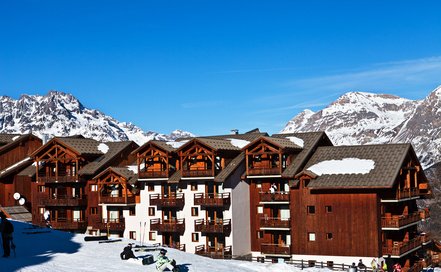 The French leaseback property is a hotel, belonging to a co-ownership of individuals.

Some co-owners   of a flat under a leaseback scheme have terminated their contract with the operating company.

The tenant wants to bill them for some of his commercial and touristic services in the building.

These co-owners of leaseback in France are not required to bear the expenses related to several contracts.

Especially, they don’t have to pay for the reception contract on the ground floor. Meaning, the labors contracts of operator’s employee. These costs were in the common expenses of the co-ownership before. Now, several co-owners are out of the original scheme in which the operating company takes care of everything and send invoices at the end of the year (paid on the rent directly). The leaseback in France is now managed by the operator, but you are no longer a part of it. You cannot continue to pay for the commercial et hotel services provided by the operating company.

The reception corner at the entrance of the building is  a commercial service of the operator, which has no utility or value for this co-owner of a leaseback in France.

The operating company of the leaseback in France lost the case against these co-owners.

How to terminate the lease of the operator ?

There are several ways to terminate the lease of the operator of a French Leaseback.

Usually, it after the commercial lease ends.

Termination of the Lease by the court

But, if there are several breaches of contract, it is possible to fill a case in court in order to ask for a termination of the commercial lease before the end.

It is a lost of income for the tenant, as a result, it has to a major breaches of contract.

First of all, unpaid rents can be seen by a judge as a major breach. Especially, if the operator didn’t pay after a CDP (commandement de payer) from a bailiff (official warning of termination if the debt isn’t paid within one month.

Late payments of the rent for several years are usually not a major breach of contract. Though, it depends of the judge

The tenant might keep his lease, if he pays the debt just before the hearing. Same result if the judge agrees to a schedule of payment.

Finally, all the breaches of the provisions of the contract could be regarded as major, if there a lot of them. The court decides case by case, depending on the tenant and his defense.

This case law is usually applied to small business. Meaning when the tenant is the weak party in the negotiation. Therefore the protective commercial lease law should not apply if the tenant is a big group, like in leasebacks.
Unfortunately, it is still the case right now.

Non renewal of the Lease

At the end of the lease, the lessor (landlord) can give notice according to the notice period stated in the commercial lease. BUT, the lessor has to pay damages (indemnité d’éviction). It can represent 2,5-3 years of EBE of the operating company.

Consequently, there are here two options. The first option is to negotiate with the tenant (the operator).

The second option is to ask the court to appoint a judicial expert. He will calculate the legal price of the eviction (the kind of damages).

However, lessor (landlord) and lessee (tenant) sign usually a settlement agreement after the demand of appointment of a judicial expert or during the expertise.

For example, if the notice period is 6 months, the lessor can give notice after the end of the lease, for a date after six months starting on the next quarter.

You may ask for legal advice from 18 months before the end of the commercial lease.

The lawyer has to be specialized in the field of French commercial lease and French Leaseback in order to be able to give proper legal counsel.

Leaseback in France : Common Expenses after Termination of the Lease March 12th, 2019bruno